How about some more family discussion on our journey through our series on Holy Week? Even though this day was full of sadness.

Remember: scroll down just until you see a “Time Out. Talk About…” question. Read the question with your group and allow everyone to share their answers. Scroll some more to see the answer. A good reason for computer time! 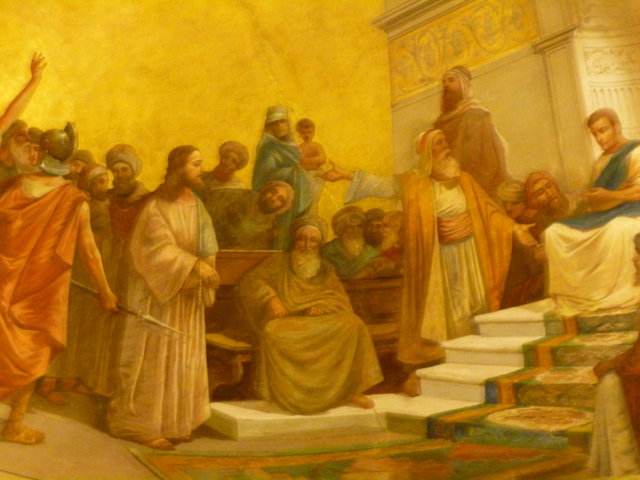 Why do you suppose it’s called “Good Friday?” What can be good about the day Jesus died? 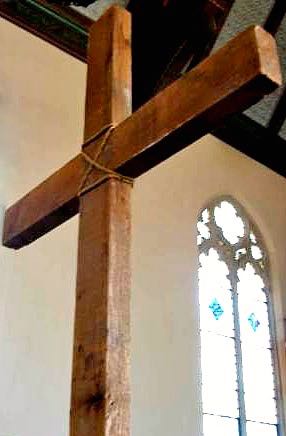 Actually there is no known correct answer to this question. The Friday before Easter being called “Good Friday” could have come from the shortening of an English phrase “God’s Friday” much like the word, “good-bye” originally started off as “God be with you.”

It certainly wasn’t a good day for the followers of Jesus back when it actually happened; they had to watch him be killed.

We can call it “good” because we can look back on the day Jesus died, from our perspective of knowing what happened on Easter!

But we are getting ahead of ourselves; there are still the events that happened on Friday of the very first Holy Week. When we left off yesterday, Jesus was in the Garden of Gethsemane…

Jesus was arrested in the garden, but what happened next?

Jesus had a long night. (It was late at night when he was arrested). He went through a series of trials, was beaten, whipped, spit upon, treated badly, and sentenced to die on a cross—a humiliating and cruel form of torture and execution.

But why were the people who had Jesus arrested so determined to kill him?

The simple answer: Fear. (Unfortunately fear can result in hatred.) The Sanhedrin had ordered Jesus’ arrest. The Sanhedrin was a very powerful Jewish court made up of religious leaders. They were threatened by Jesus, his message and his popularity. The gospels portray the Sanhedrin as a group most interested in preserving their own power and position.

What was it that happened with the man named Barabbas? (To hear how Barabbas is pronounced, go here.)

It was the practice at Passover to let one prisoner go free. Pilate (the Roman governor) offered to release Jesus, but the crowd demanded instead the release of Barabbas, a known robber and murderer. The gospels make it clear that Pilate did not believe that Jesus was guilty. But the crowd yelled, “Crucify him.” Pilate eventually succumbed to the will of the crowd and ordered Jesus to be whipped and then to be crucified.

What does crucified mean?

Jesus was killed by a process called “crucifixion;” we say he was “crucified.” This is where a person is either hung on a cross or nailed to a cross (the latter in Jesus’ case). It was a horrible way to die. (Thank goodness we don’t do that anymore!)

Stay tuned for the next installment of our series on Holy Week.

Photo credits:
Photos are from my archives. The painting of the Judgment of Jesus was taken in Corfu, Greece. Unfortunately I failed to note the artist.
Speech bubbles via WPClipart.com, in the public domain.