A bunch of us were gathered for our weekly Disciple Bible study, and talk turned to being called by God. “Called” as in: God prompting you to do something. This sparked the question in my mind:

How do we know when God is calling?

Discuss this concept with your family group (perhaps around the dinner table). Start off with a couple rounds of the game “Telephone.” (Where one person starts and whispers something to the person next to them. They in turn whisper what they heard to the next person, and so on.) It can be fun to see how the whispered phrase likely gets distorted.

Was it hard to hear? (Especially through the giggles.)

We live in a very noisy, active world. How do we listen for God?

For most of us God doesn’t talk with words passed via whispers in our ears. But then again, perhaps God does whisper! How?

But I don’t know if what I heard is my idea, or God’s. How can I tell?

What is God nudging you to do?

Photo credits:
Telephone by Florian Seroussi, who licensed this photo on Flickr under a Creative Commons License. 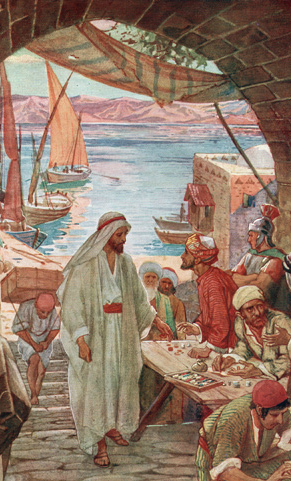 A few fishermen, a tax collector, and some other unseemly students… the hard work started with the abrupt summons: “Follow me.” They don’t even seem to give it a second thought! Consider what they each gave up to become disciples of Jesus…

Matthew probably gave up a pile of money. (That’s him in the painting, in his tax collector’s “booth”).

Bartholomew (called Nathanael in John’s gospel) gave up his uncertainty.

James and John, sons of Zebedee, gave up their fishing equipment… and they left behind their father!

Discuss these possibilities amongst your family group. Do you give up…

What difficult choices are you being called to make?

(Mess up? Me too. It’s okay. You can start to follow again and again!)

It is easy to understand why Jesus assembled a crew of special disciples. Jesus needed help!

These were not just average, I-like-the-sound-of-what-you-are-preaching, admirers. Jesus invited his apprentice good-news-broadcasters to come, follow me; become my students.

Fairly early in his ministry, they were called to receive basic training in Super Discipleship.

These selected followers saw it firsthand: God was up to something big! Here was a belief system that changed how you looked at everything! Transformed lives! And though they stumbled at times, Jesus’ disciples ended up doing an admirable job of spreading the good news about Christ, especially once they had the Holy Spirit.

Today Jesus still needs disciples to work at transforming the world. What about us?

Are we ho-hum fans, or are we Super-D disciples of Jesus?

It shouldn’t be a surprise that we need to work at becoming the latter.
How? It’s just like learning to play an instrument: we practice!

But how does one practice becoming this sort of committed disciple?

Here are some thoughts to ponder in forming a disciple-practice-plan:

As United Methodist followers of Jesus’ teachings, we are guided in our quest to be Super Disciples by what is called “The General Rule of Discipleship” which is described in The Book of Discipline of The United Methodist Church as: following Christ “through acts of compassion, justice, worship, and devotion under the guidance of the Holy Spirit.”

This means we practice being disciples by inward, life-giving means such as worship and “devotion” (prayer and Bible study), and by outward participation in God’s mission for the world: seeking justice and having compassion for others.

Pastor Nancy Lynn told us about this in a sermon she preached at FUMC on September 7, 2014, saying: “These four acts reflect that our journey of faith is personal as well as social, private as well as public, inward as well as outward. And to grow and be healthy, we need balance between them.”

A person who commits to practicing can become a Super Disciple. How are you practicing discipleship?

Photo credits:
A Super Disciple! was altered from an image by Jam Zhang, who licensed this photo on Flickr under a Creative Commons License.
The Rule of Discipleship symbol © 2014, The General Board of Discipleship of The United Methodist Church. Used with permission. 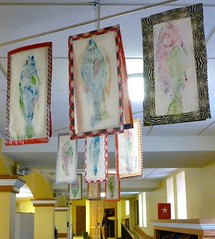 Updated to add all of the fish prints in the slide show below!

Have you seen them on display around the church?

We hear a lot about disciples. Every time someone is baptized in church we all say together: “We will pray for them that they may be true disciples…” And every Sunday (at the 9:30 service) we sing the kids on their way to Sunday’s Cool: “Go ye, go ye into the world, and make disciples of all the nations…”

So what’s a disciple? How does one get to be a “disciple?”

In Jesus’ day the cream-of-the-crop students could pursue their education by asking a scholarly teacher, known as a rabbi: “Could I please be one of your students?” I picture ambitious eager beavers literally burning the midnight oil memorizing the Jewish Bible (our Old Testament) to achieve entrance into just the right group. Only the brightest were chosen to be the disciples of a particular rabbi. (The run-of-the-mills took up a trade such as carpentry.)

Jesus followed a different path. The teacher Jesus, the rabbi Jesus, invited people to be his disciples. We say that he “called” them. 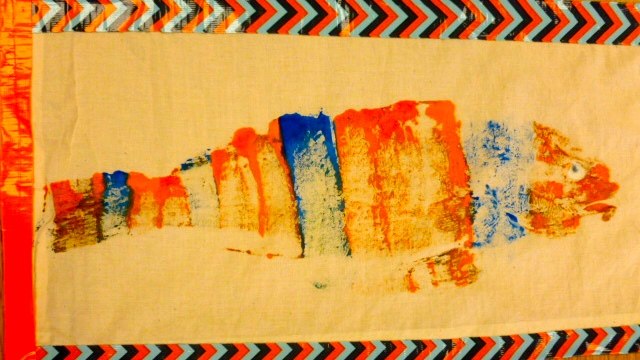 At least four of the people Jesus called, had made a living catching fish. In fact he told them…

Come, follow me, and I will show you how to fish for people!
Matthew 4:19

Jesus was asking lowly fishermen to be his students?

It proves you don’t have to be somebody important to be a disciple of Jesus. 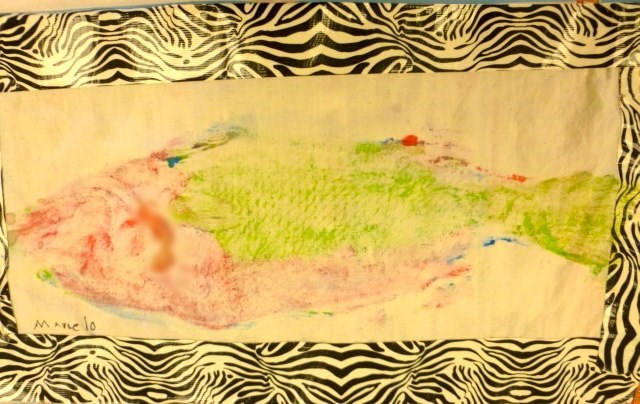 In our Art Workshop for our current Rotation at FUMC in Ann Arbor, MI, we are making fish prints using an ancient Japanese process called Gyotaku (pronounced gee-oh-TAH-koo). Long ago Gyotaku was a way of making a record of the size of a fish one caught. 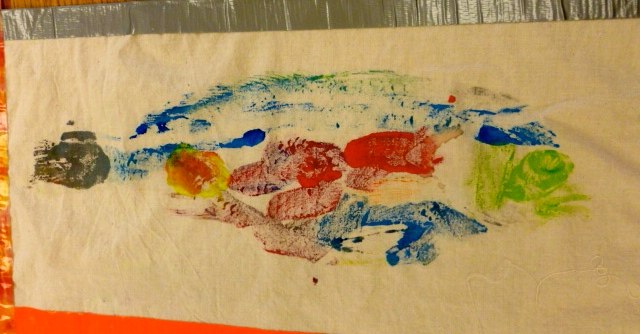 Why make fish prints? It turns out that fishing has a lot of similarities to being a disciple.

Enjoy the slide show of the fish prints.

Photo credits:
Photos are from my archives.

Want to see the lesson we used? Visit here.

We are moving from one call to another! A call as in…

In our last Rotation Samuel anointed David, signifying David’s “calling” as Israel’s next king. We didn’t identify it as a calling per say, but sure enough, it was one. It was also a message from God to David.

The Bible doesn’t tell us but we can imagine that David and his family were surprised at this invitation.

As equally surprised as the fishermen that Jesus invited — called — to be his disciples; a lot of years later.

As I said, moving from one call to another!

A painting by James Tissot, “The Calling of Saint Peter and Saint Andrew”

Join us at FUMC our Cool Disciples experience Rotation Model Christian education, as they learn about Bible stories and concepts through kid-friendly multimedia workshops.

This is where the “Schedule” used to appear — which grades were visiting which workshops over the course of this Rotation. However it was removed as it was sort of out of date 🙂 Our current schedule of workshops, for whatever Rotation we are currently on, can be found on this page.

For prosperity, here is what we did in each workshop for this Rotation:

View a growing list of opportunities to foster faith learning at home for this story.